At first glance, we’re doing just fine. We live in peaceful, prosperous times. The last 50 years have almost abolished famine, disease, and hardship in Europe and Google can answer the most profound questions in the blink of an eye. I don’t know of a single man who has a tougher life than their grandfather.  And yet, on closer inspection, the statistics on our wellbeing make pretty gloomy reading. Levels of male suicide, substance abuse, and depression are exponentially higher today than of previous generations, rising 400% since 1988. Suicide is now the leading cause of death for men under 35, and men are also 3 times more likely to self-medicate with alcohol or drugs than women. In fact, we are more likely to die sooner from each of the 15 leading causes of death than our female counterparts. Our kin seems to be fairing even worse, with the average child living in the West today more anxious than psychiatric patients in the early 1950s.*

These may well be extreme cases of clinical depression, confined to small strata of society, but there is also a more general sense of malaise amongst men which although is less serious, is still troubling. A fog of disenchantment with modern life has descended, and the remedy seems unintelligible. How can it be that we report less satisfaction in life when we are surrounded by such abundance? How is it possible that previous generations who went through the horrors of war, economic depression, and food rations were statistically happier?

I am convinced; states the Franciscan Scholar Richard Rohr, that “most, modern neuroses are a direct result of the lack of a common, shared story under which our individual stories are written… Our tiny lives lack a transcendent referent, a larger significance, a universal meaning. Our common life is a ‘disaster,’ literally disconnected from the cosmic ‘stars.’ We are lost in insignificance.”

The eminent psychologist Carl Jung spoke at length about the importance of understanding our collective unconscious or ‘shared story’ in order to live a fulfilled and wholehearted life. This unconscious (the part of the brain holding memories and urges of which the individual is not aware of) is common to mankind as a whole and originates from our inherited hard wiring of our brain and our primal nature. It is separate from our personal unconscious, which unique to each person arises from the experiences of the individual. According to Jung, the collective unconscious contains archetypes, or collective primordial images and ideas. These archetypes include important roles such as explorer, warrior, and spiritual guide. This may all seem antiquated and frankly silly, but these archetypes only exist today because in a very Darwinian sense we keep bringing them back again and again.  We know them but we don’t know them. We immediately recognise primal archetypes when they are presented in a common folklore form such as stories we tell our children or populist movies, but to truly comprehend and know them takes practice and patience.  As the inheritor of three and a half billion years’ worth of biological engineering, we would do well to listen and learn from them.

What’s all this got to do with hunting and cooking you ask? Well, having spent many hours stalking alone in the woods, I would argue that hunting your own dinner is the clearest way to call on these internal stories and ideas to reveal themselves. It will connect you to our shared primal archetypes and our own transcendent referent. We are hard-wired to explore and provide. Over two million years of hunter-gathering has branded its indelible stamp on our collective soul, but it lies buried and dormant under the weight of a thousand unanswered emails. There is an ancient Buddhist Zen koan that states: “Show me your original face before you were born,” and I think that is the correct way to look at hunting. As you learn to embrace the mindful silence of stalking your prey, your thoughts of the modern world will quieten, and if you pay attention, this original face of the hunter will begin to show itself.

Fundamentally I believe that if we want to start living in the modern era with a sense of self-worth it has to be in tandem with our collective past. A past that is complicated, primal, and brutal and that we aren’t entirely sure what to do with. A sort of shadow work for our collective unconscious.  We are repeatedly told that there’s nothing real about gender roles and biology – that it’s all a silly, outdated cultural construct. And yet as men, we still crave contact with the gruff and the substantial- preferring leather to lace, stone to plastic, and always choosing to hang around the BBQ instead of the kitchen cooker.   All spiritual cognition is recognition, and to live wholeheartedly we must recognise our own place in this troublesome and unforgiving past as hunters, as well as individually in the present with the joy of the wind, the silence, the trees, and the light. Once you begin to enter this state of mind, you begin to see infinity in the finite. The peerless American writer Jim Harrison describes it perfectly here- “When I’m fishing and hunting with the right attitude, I re-enter the woods and river with a moment-by-moment sense of the glories of creation, of the natural world as a living fabric of existence, so that I’m both young again but also 70,000 years old.”

To the uninitiated, it will seem oxymoronic that the act of killing is one compatible with a life of harmony with nature, but the true hunter understands that the contemplative way of seeing is precisely seeing things in their wholeness, both life and death together as necessary immutable forces. No tree, Carl Jung said, can grow to heaven unless its roots reach down to hell. To live a wholehearted life, great love and great empathy are achievable only by living in the collective with both order and chaos. We must understand and respect the two by walking a fine line between the methodical known order of stalking your prey and the unknown unpredictable chaos of the forest. Therein adventure lies.  Rarely achieved in modern life, it is often referred to as being ‘in the zone’ or a state of ‘flow’ whereby one is so engaged in intense concentration of action and awareness that their ego falls away and they lose the sense of space and time. Throughout the ages, this path has been recognised as the way to true wholehearted living. This is the Paschal mystery in Christianity, the yin and yang in Buddhism, and the Taoist ‘Way’.  As I hunt, I begin to know this ‘way’ better, understanding my meaningful engagement with these opposing forces and realising that more than killing my prey, my reward is living in balance with the world.

In our busy, civilised lives, we have forgotten how to be acquainted with nature and in turn ourselves. Subsequently, most men live in spiritual poverty. Our ancestors understood this danger by wisely ensuring that all coming of age initiation rites into manhood would happen deep in the woods, far from the order and comfort of home. It was here, away from the mother’s apron strings, that young men were taught the ways of physical and spiritual responsibility in tandem with the chaos of the wild. We, by contrast, have largely allowed our spiritual nature to be formed by whatever vacuous marketing campaign is popular at the time (the recent Gillette's ad on toxic masculinity springs immediately to mind). Us civilised lot is left to explore our shared archetype of explorer, hunter or warrior in a state of mystical deficiency through video games and Disney movies.

The simple act of hunting one’s own dinner feeds the wolf inside all of us; showing a deep and true nostalgia to connect with our primitive source. Once started, your siren song calling you into the woods will tug at you at night when trying to sleep, or sit through a seemingly endless meeting or deal with inbox overload. There will be countless days and even seasons when you fail. You will curse yourself every time you sit alone in the driving rain waiting endlessly for a duck to fly overhead, only to miss it completely when it finally arrives. Be patient and savour the blanks. Whilst I have forgotten most of the kills at the end of the season, I often remember with great reverence the spooked deer and bolted rabbits and often wonder if I will see them next year. Cherish these blank days as they will make you a more patient, appreciative, and empathetic hunter and person.

I am not saying that hunting alone can cure the modern man of all his ills and malaise, but spending some time alone in nature, engaged in the authenticity of thought, feeling and action can do wonders for one’s state of mind. The act of hunting one’s dinner will help you understand the landscape of your individual and collective psyche. It can go a long way in mending this common dis-aster by reconnecting you to the stars. Your stars to be precise. And the woods. And the rivers. And of course, your food. To choose the life of a hunter is precisely to choose a life of wholehearted living. 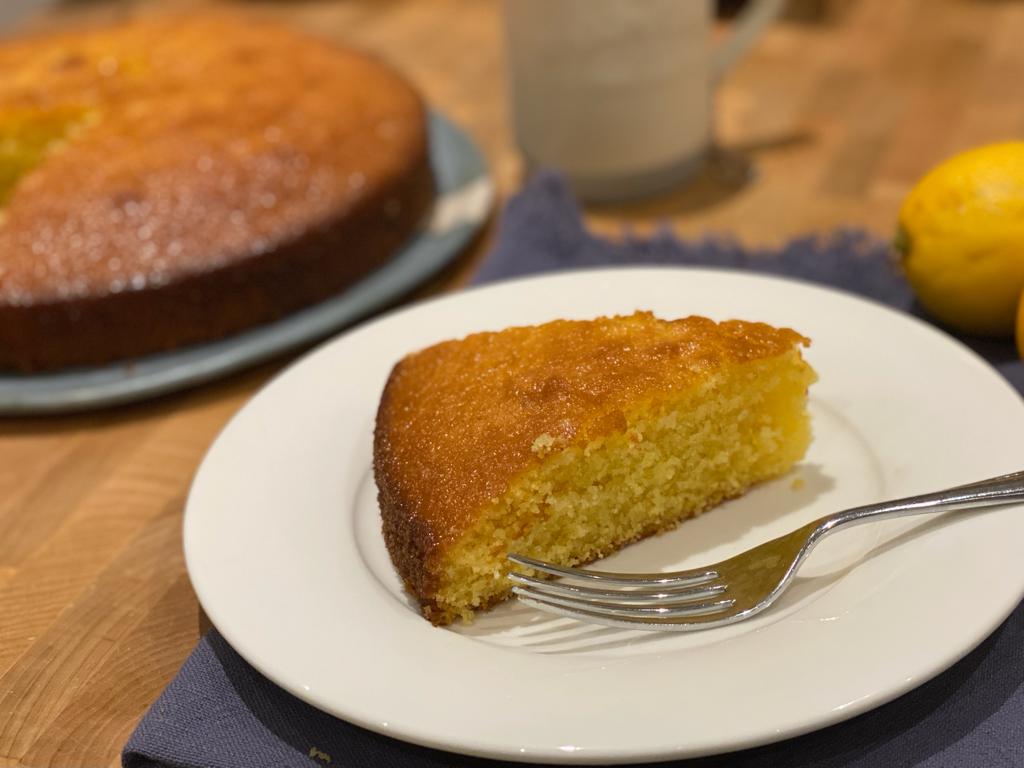 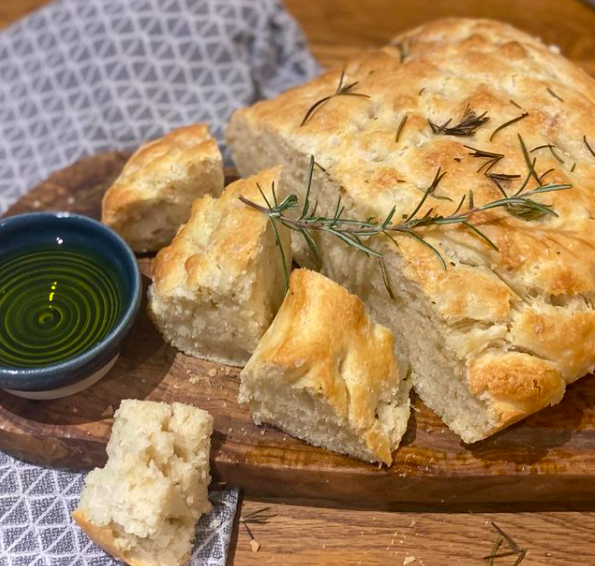 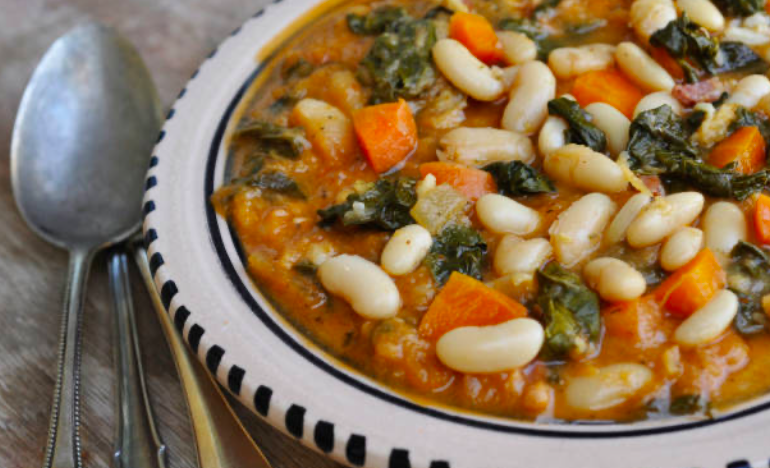 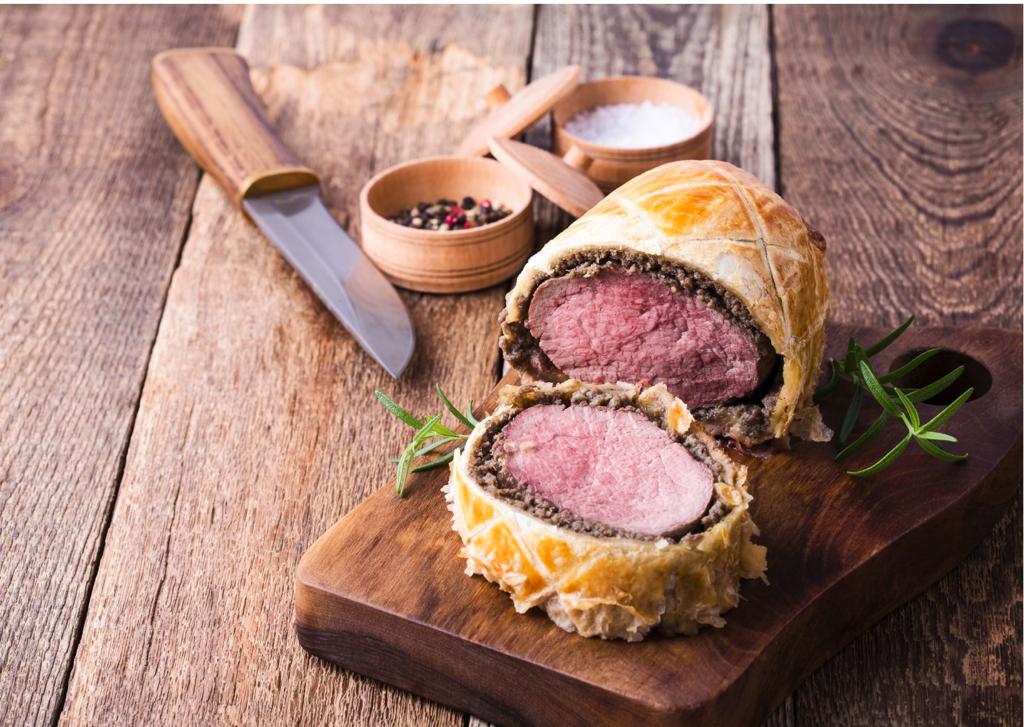 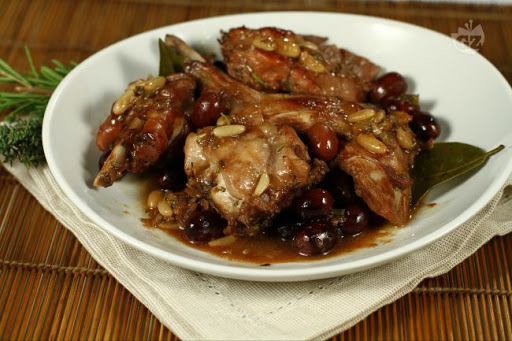 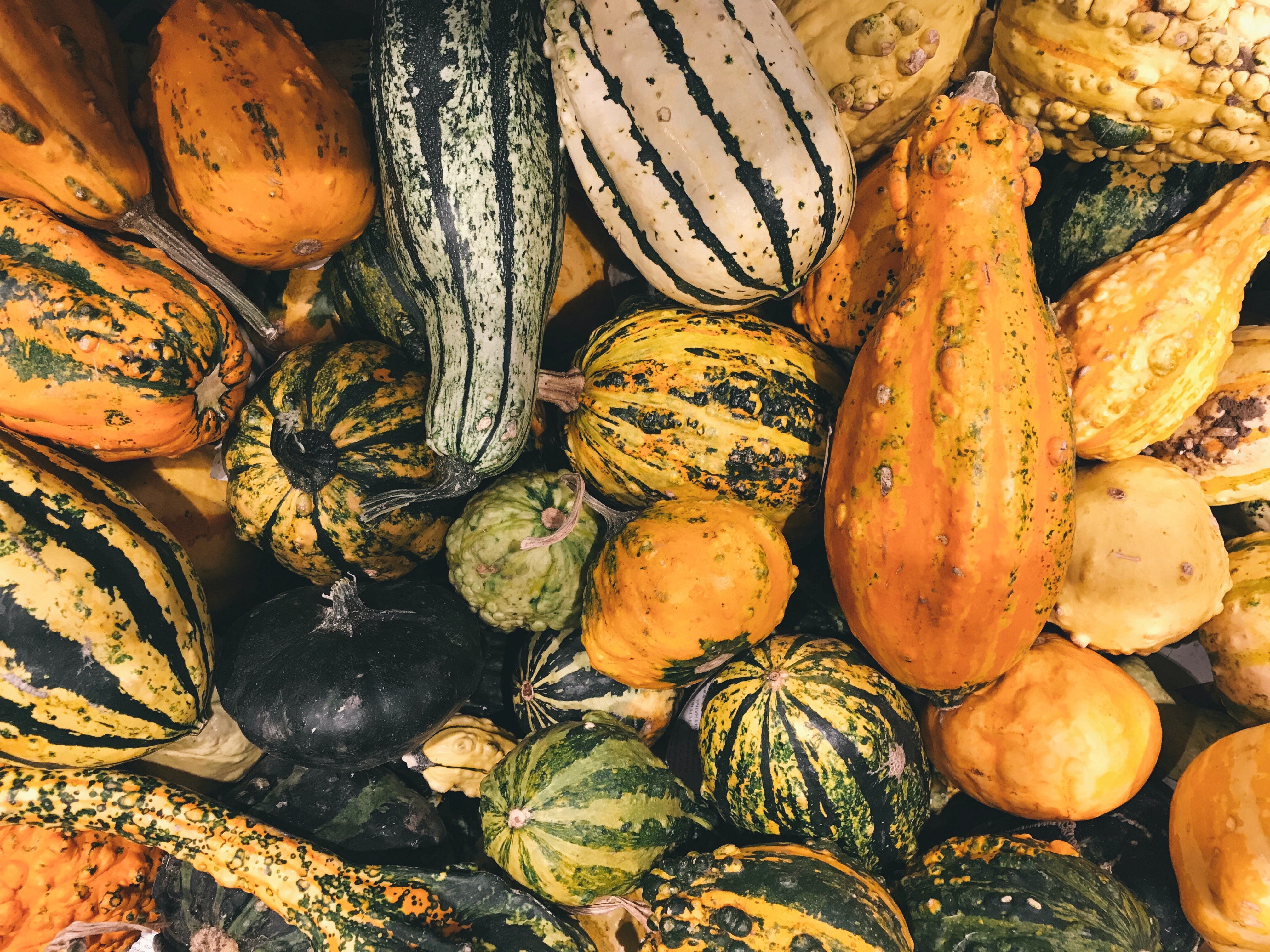 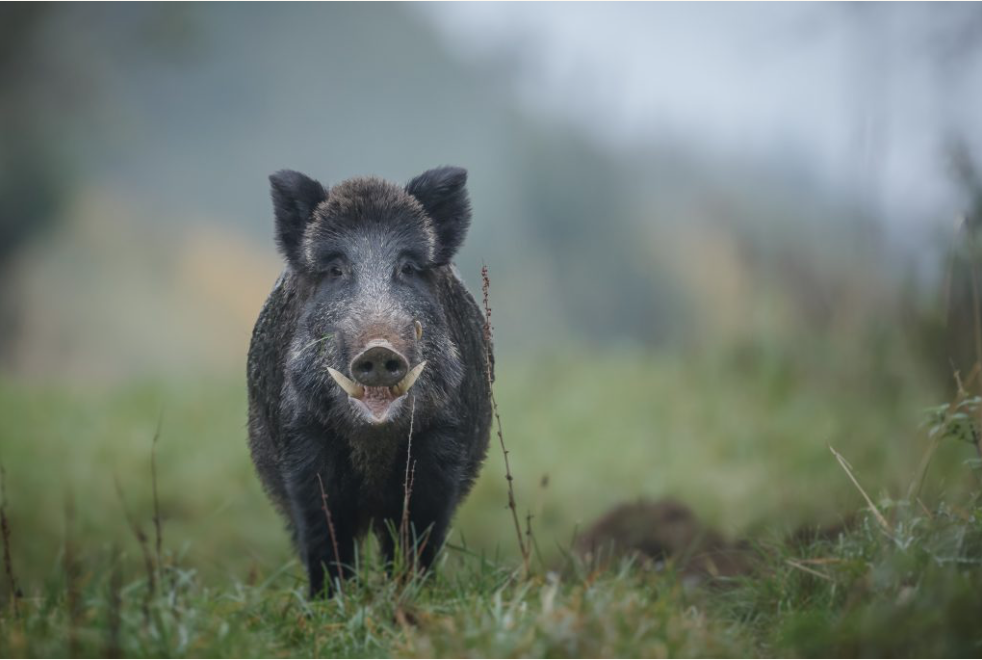 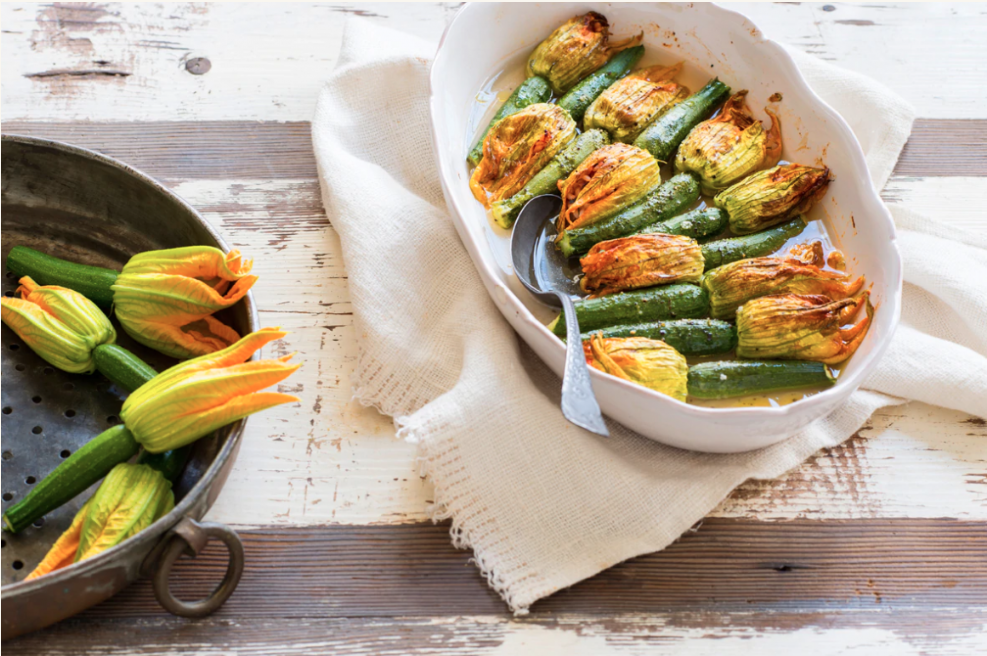